“If Truth is Your Enemy, Then You Have a Major Marketing Problem!”

Interesting news this week, where dentistrytoday.com reported that OrthoAccel Technologies – the company manufacturing and marketing Acceledent; its product that the company “claims” speeds up orthodontic tooth movement by up to %50 – has been found to be pushing out “misleading marketing” to the public, as ruled by The Advertising Standards Authority (ASA) in the United Kingdom, after reviewing available evidence.

The ASA has ruled that ” The ad must not appear again in its current form. We told OrthoAccel Technologies Inc not to make claims that their Acceledent device could move teeth faster and reduce pain for brace wearers unless they held adequate evidence to support such claims.”

You can read the full article of news here at dentistrytoday.com .

This is not the first time that such a ruling has happened, as similar issues faced another orthodontic company last year in the United Kingdom.

The wise words of Prof William Proffit in the intro quote above – which I heard him  mention in a course here in Amman, Jordan, several years ago – always come to mind when I see or read misleading ads and information being spread publicly by people, businesses or major companies, mainly online.

It’s people’s health that’s affected by this game afterall – and we’re all people, arent we?

One thought on “Truth… or Dare?” 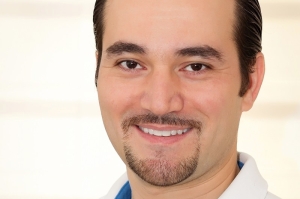